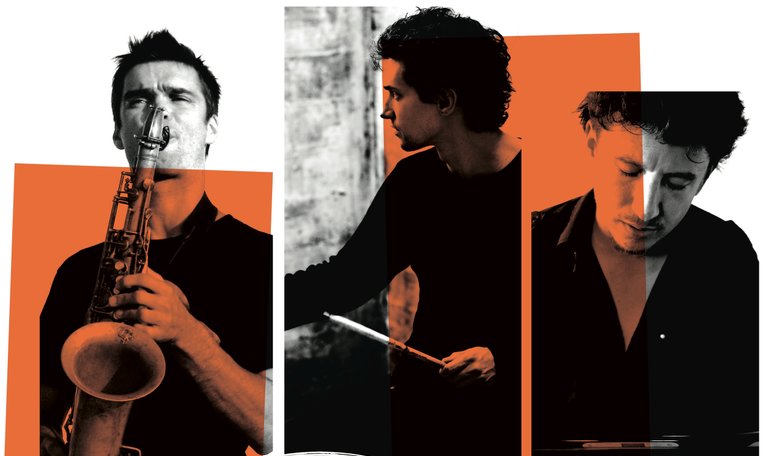 Pasborg had an early encounter with classical music. His mother and stepdad were both ballet dancers at the Royal Danish Theatre in Copenhagen, and his Godfather was the renowned "Danseur Noble" Erik Bruhn. So his early meetings with balletmusic - especially the works by Igor Stravinsky - made a deep impact on him The debut album from The Firebirds will be released on February 16th 2015 named after the epic orchestral piece, Stravinskys, The Firebird.

“In this trio I get to fulfill a dream about playing some of the classical music that I remember from my childhood - but in my own way. It’s incredibly fascinating to capture a large and complex universe like Stravinsky’s, and study what happens when you make use of his compositions as a starting point for improvisation, and at the same time gives it a new scaffolding and frame.“

With artists as versatile as Tomasz Stanko, Ray Anderson, Enrico Pierranunzi, Marc Ducret, Carsten Dahl and Alex Riel as well as Pasborgs own orchestras Ibrahim Electric, Odessa 5 and others, his drumming has taken him from Shanghai to Vancouver, from Monte-Carlo to Moscau, from Varanger to Casablanca, and from New York to São Paulo in the course of the last decade.

The forthcoming album is a search back towards the beginning, the roots of his musical itinerary. The final constitution of the band was found in 2011 with the two acknowledged musicians, pianist Anders Filipsen and saxophonist Anders Banke. Together the three of them create a perfect combination to capture the complexity of the music. Simultaneously the three members has a well established determination towards galvanizing peoples contemplation of genres:

”In Firebirds we can experiment by mixing pieces which the audience only knows as symphonies for large orchestras, ’zoom in’ and play parts of it for just three musicians. We are using references from divergent musical styles such as jazz, surf, improvisation, blues a.o. It’s our agenda to discover what music can and cannot do: Can you play ’Sabre Dance’ as a medium-blues-shuffle. Yes, actually you can! The music is delivered with a deep respect for the originals and a serious take on the interpretations – but, also with a great deal of humor.”